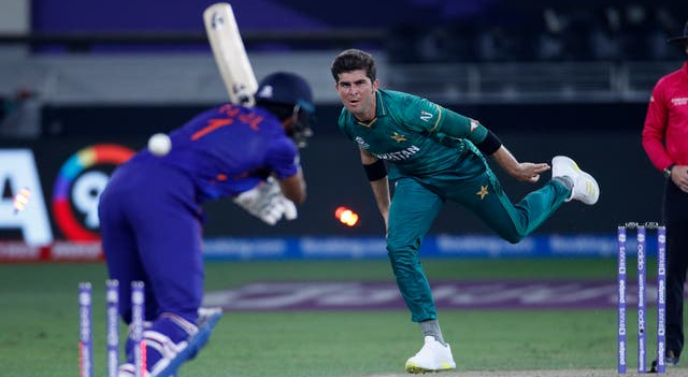 Ind vs Pak is bigger than Ashes for Vaughan

Former English cricketer Michael Vaughan says that there is no biggest rivalry than India vs Pakistan, not even the Ashes Test series.

The cricketer-turned-commentator states that people take Ashes as the big game, but Ind vs Pak is bigger than that.

Undoubtedly, the craze of Ind vs Pak is immense. The arch-rivals faced each other in the ICC T20 World Cup 2021 and the men in blue were handed over a 10-wicket massive defeat. The number of spectators in the stadium and the live lookouts on social media is way more than the other games.

Vaughan, while defining the hype of Ind vs Pak, stated that,

As Virat Kohli became the first Indian skipper to lose a World Cup match versus Pakistan, Vaughan says that all eyes are now on Rohit Sharma who has a new lead in limited-over cricket of India.

Looking forward to Rohit Sharma being the captain, probably the first time he’s going to be under real pressure. It’s going to be an epic event,”

It must be noted that the ICC revealed the T20 World Cup 2022 scheduled on Friday. India and Pakistan are placed in the same group and will see each other on 23rd October.

Defeat will leave Rohit Sharma's team dependent on other results going their way to make the final. Big pictureOne bad result is all it takes ... Read More

Babar Azam, the captain of the national cricket team, while responding to the criticism of Aqib Javed, has said that you must talk but no ... Read More

On Friday, Fakhar Zaman will fly to London to begin his recovery. During the ACC T20 Asia Cup final in Dubai, Fakhar stumbled while fielding ... Read More

NEWER POSTUnbeaten India slight favourites in Round 2 against Pakistan

Why Pakistan Management is Not Giving Opportunity To Haider Ali ?

When Will Shaheen Starts Bowling Again